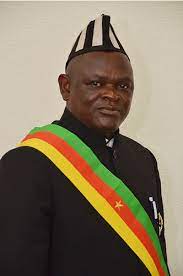 Peace in the Southwest: The Honorable MARTIN AKA TYOGA RECOMMENDS ADMINISTRATIVE DIVISION OF AKWAYA BOROUGH

“Akwaya district serves as a rear base for terrorists from Nigeria due to its isolation. As proof, since its creation in 1963 until today, no prefect and sub-prefect has been able to visit all the villages of this administrative unit because of its extreme isolation. These are the words of the Honorable Martin AKA TYOGA, CPDM deputy of Manyu and member of the defense and security commission at the National Assembly, gathered during an interview with the press on June 17, 2021 in Yaoundé.

According to the Honorable Martin Aka Tyoga, the people of Akwaya are subject to daily assaults by groups from Nigeria who threaten to take over this part of the country. The most effective measure to put an end to these abuses suffered by the populations of this locality, according to the elected representative, is the splitting of this part of the country into 3 districts.

This district is according to the parliamentarian, the largest of the 4 districts of the Manyu department. It is made up of 99 villages and 80 chiefdoms divided into 5 cantons for a population of 190,000 inhabitants. The administrative unit in question is located on the Cameroon-Nigeria border. It is closer to this neighboring country than to the nearest Cameroonian city. Patriots at heart and Nigerians by dependency, the people of this locality are almost on the verge of giving in to the domination of their invaders from Nigeria. For good reason, the minority of gendarmes who are in the capital of the arrondissement are powerless in the face of the onslaught of the oppressor, who erupted by hundreds. Given the vastness of the territory, some villagers are left to their own devices. They endure the mass looting of the neighboring peoples of Nigeria on a daily basis.

Several negotiations with a view to rallying this locality to the Country of Buhari have been initiated by the riparian peoples settled in Nigeria. However, loyal to their country Cameroon, Paul Biya’s compatriots have always rejected these attempts while their interests lie on that side. It should be noted that because of Akwaya’s remoteness from the country’s urban metropolises, people are forced to go to Nigeria for supplies. Even more, the goods on this side are quite cheaper and of good quality. It is understandable then that the naira is the currency in circulation in the area to the detriment of the CFA franc. Moreover, the deputy specifies to this effect that there are young people who, since their birth, have never used the currency of their country, the CFA franc.

“Where the road passes, development follows.” We often say; however it was not until 2012 that the first road was created to Akwaya. Unfortunately this road leads to the north-west region and not to the county seat. In reality no real road, joining Manfé to Akwaya. The one that had been initiated had been abandoned, the bridges not built, the construction budget soared. Although we must not lose sight of the difficulty of this rather long route; about 130 km from Manfé to Akwaya. Only 30 km have been completed coming from Manfé. There are 100 km undeveloped to reach Akwaya. Not having enough means to complete these abandoned works, the minority elite of the area opted for the development, thanks to a machine rented from Nigeria, of a track which joins the asphalt road on the side of Nigeria located a few kilometers from this district. Hon. Martin Aka reported that the problem of this road had long been raised by his predecessors since the country’s independence.

Besides the problem of roads, Akwaya faces many other difficulties. In terms of education, the locality has 12 secondary schools, including 2 high schools for the 90 villages of the district. The very first secondary school to be established in 1980.

In health, the arrondissement has a district hospital with 2 doctors and 6 integrated health centers. The one created in Bacho in 2004 never saw the light of day. These infrastructures are fortunately reinforced by the Catholic and Presbyterian health centers.

Speaking of the elites, Akwaya is the poor child of Manyu County. No son of the land is Director in the central administration, even less a civil administrator unlike the other districts of this department.

Akwaya: An attic that feeds thieves

Akwaya district is rich in various species which unfortunately are the pride of kidnappers from Nigeria. They exploit these forest species abusively and illegally, which should nevertheless benefit the neighboring populations. Animal species such as elephants and others are killed by poachers from the neighboring country. To name just these cases.

The dear wish of the Honorable Martin AKA TYOGA

“Even if I had to limit myself to one term, I will be happy to see the Akwaya district divided into 3 districts,” declared the People’s Representative in a melancholy tone. For the parliamentarian, dividing the locality of Akwaya into the 3rd arrondissement could allow the sons of the land to better organize themselves for the development of this locality which for the moment rests for the most part on the shoulders of the Mayor and the Member of Parliament. With the opportunities offered by decentralization, the state should be relieved in part of certain issues related to development infrastructure as soon as part of the competences is delegated to decentralized territorial communities. What remains for the moment impossible for the vast territory of Akwaya. 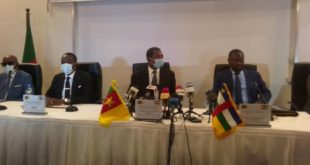 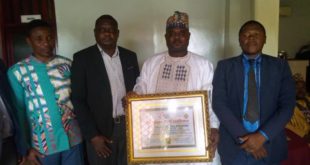 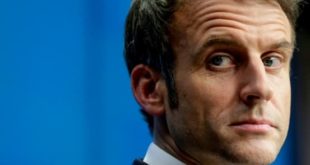 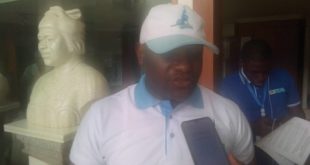